Clip vs. Magazine: What is the Difference?
0 Clip vs. Magazine: What is the Difference?

If you are a gun owner, you know the importance of public perception in our politically charged culture. When gun enthusiasts consistently use the wrong terms to describe guns and ammunition, it can negatively affect the public's understanding of guns. One such common misunderstanding is clip vs magazine.

Aside from others' perspectives, we should have a desire as gun advocates to understand the weapons we speak about. We not only make ourselves look bad when using the wrong terms, but we feed misinformation to those around us.

The NRA Firearms Sourcebook is a great place to seek for answers to your terminology questions, but we tip our hats to you for taking the time to read this article and ensure clarity on the terminology of clip vs magazine.

Why It Pays to Get Terminology Right 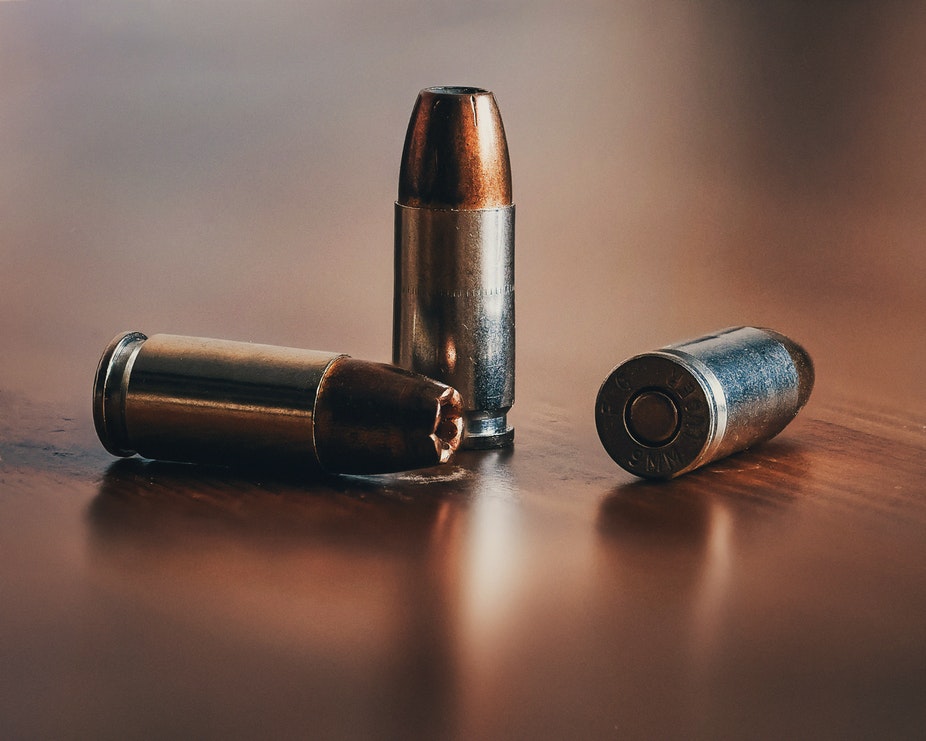 On an episode of the famous sitcom Cheers, Sam and the guys took Dr. Frasier Crane on a snipe hunt. Frasier was depressed, and the guys did not want him ruining their fishing trip, so they offered to take him hunting for snipe.

Unfortunately, they never defined the term. What is a snipe? Frasier ended up holding a gunny sack waiting to scoop an animal that did not exist. There is no such thing as a snipe.

Some folks talk about clips that simply do not exist on a particular semi-automatic pistol, and they either do not know better or simply find it unimportant. The guys clearly did not take Frasier seriously when he was left in the woods holding a snipe sack.

Likewise, firearm dealers, gun enthusiasts, and even friends are not going to take you seriously or find you at all credible. It can also lead to a lot of general confusion in conversations when you speak about a clip and your listener is picturing a magazine and wondering why the discussion makes no sense.

Understanding the difference in the clip vs magazine arena will increase your credibility among gun peers and save you from embarrassing situations. It will also ensure you are describing exactly what you intend to describe.

Clip vs Magazine: What's the Difference?

An ammunition clip is a device used to store individual rounds of ammunition as a single unit. A clip is inserted into the magazine of a gun or fed directly into other types of guns.

Once the clip is loaded into the magazine, the ammo can be fed individually into the firing chamber. Some who understand this concept make a separate mistake by confusing clips with ammo belts. A slightly dated pop culture example would be when John Rambo, played by Sylvester Stallone, had multiple ammo belts draped over his shoulders as he fired his automatic weapon.

Ammo belts are not clips. A better example of clips would be a nail gun. The strips of nails come connected by a wire or similar structure that can be fed into the nail gun. This is analogous to a clip.

Ammunition belts are used when sheer volume of shots is essential. Like a clip, ammo belts feed cartridges into a firearm, often an automatic weapon such as a machine gun.

When you picture Rambo with the belts draped over his shoulders, you can understand one essential function of an ammo belt, distributing the weight of a large supply of ammunition.

The capacity of ammo belts is can be up to 300 rounds. In the terminology of clip vs magazine, the ammo belt is neither though often mistaken for both.

Stripper clips are probably the most common clip. These clips hold ammunition on a strip of metal. Of all the clip types they are the most similar to the nail gun analogy.

Stripper clips are inserted into a magazine, and as they enter the magazine, the wiring is stripped from the rounds, hence the name stripper clips.

En Bloc clips do not detach the rounds from the clip as stripper clips do. The entire En Bloc clip is inserted into the magazine. These are typically used in older weapons that have internal magazines.

From the internal magazine, the rounds are pushed into the chamber. En Bloc clips were prominent in World War II and the Korean War and can be seen in many war movies.

Moon clips, either full moon or half-moon, are circular clips that hold rounds in place for a revolver cylinder. Revolvers are one of the most traditional guns with a barrel-like cylinder that revolves in order to line individual bullets with the barrel.

This is a slight caveat in our idea that the clip prepares the ammunition for the magazine, because revolver cylinders are technically not magazines. But the idea is the same. 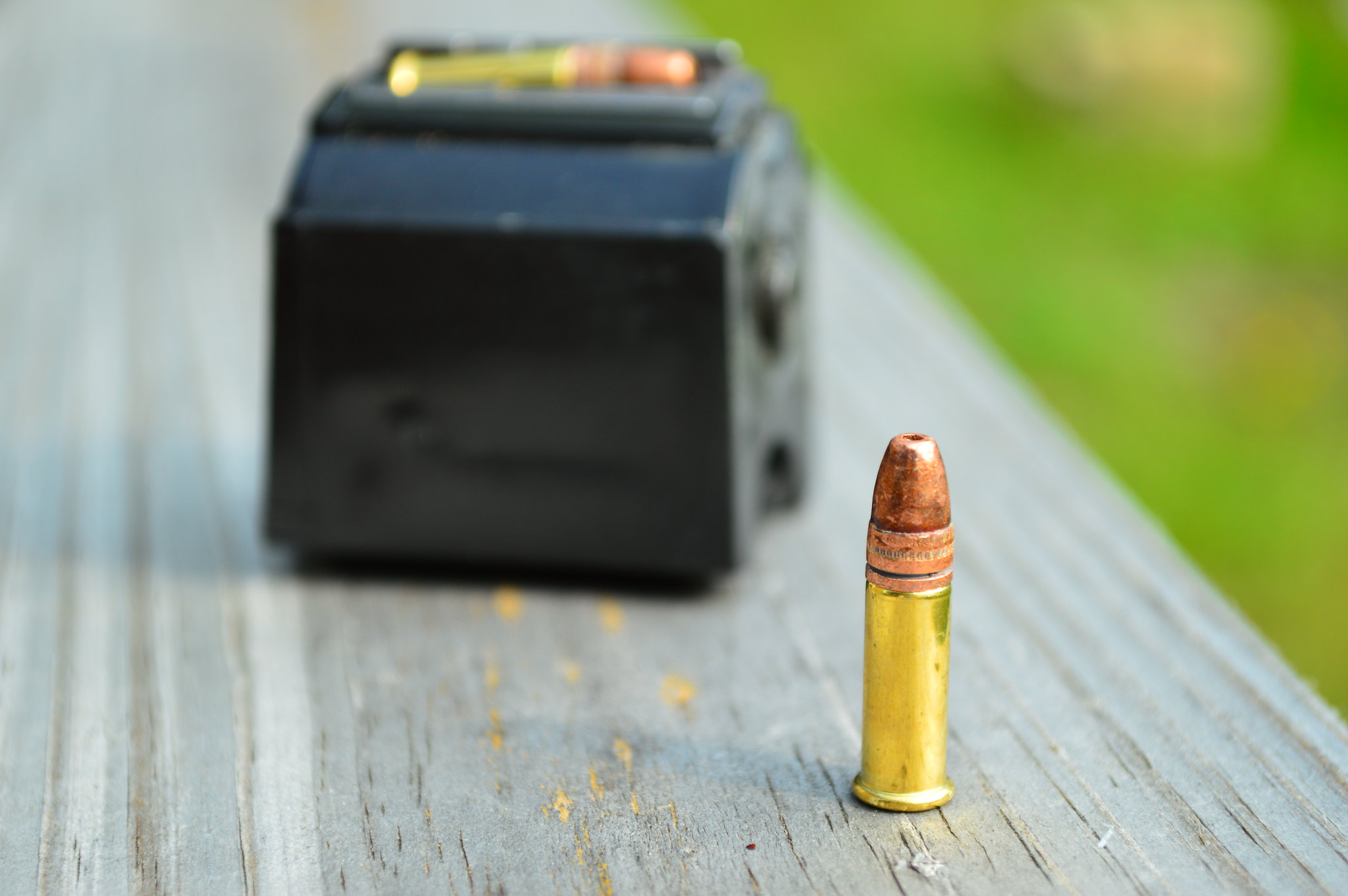 With the prevalence of modern pistols, clips are becoming less common.

Modern pistols are usually semi-automatic weapons with many features. A magazine is housed inside the gun's grip. The magazine holds cartridges, and the capacity of the magazine varies depending on its size and other factors.

A pistol is operated by a slide that engages the gun. Within the slide is a single barrel that holds one bullet at a time.

The shooter loads his rounds into the magazine and insert the magazine into the pistol until it clicks into place. By pulling back on the slide, the first round is chambered.

The gun is now ready to fire. When the first round is fired, the first cartridge is expelled, and the second cartridge is automatically chambered. You can fire repeatedly until the magazine is empty.

Like many of the Korean War rifles, some magazines are internal. Others, like many handguns, are detachable.

The most common magazine is the box magazine. A box magazine can be internal or detachable, but it functions the same way, regardless.

Internal box magazines are found in bolt action rifles and similar older weapons. It is built into the gun and not meant for removal. They must be loaded from the top of the gun. While they can be loaded one at a time, clips make the process much more practical.

A detachable box magazine is preloaded before being inserted into your weapon. These are found on many common rifles today such as the AR-15 and AK-47. They are portable and make gun loading very fast and efficient.

Tubular magazines feeds rounds into the chamber using a tube and spring. They are commonly found on .22 rifles and shotguns.

Often located underneath the barrel, the tubular magazine rely on the action of the chamber to spring load consistent rounds.

STANAG magazines were conceived by NATO. The idea was that a common set of standards could be followed by member countries to ensure NATO allies could share ammunition.

There is a lot of variation between manufacturers regarding materials used, magazine length, and other specifications. Quality differs and the definition of “STANAG compatible” remains cloudy, much like people's understanding of clip vs magazine.

Conclusion on Clip vs Magazine 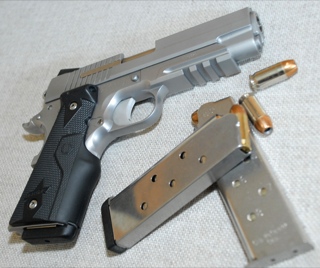 If you want to have a meaningful conversation about guns and ammunition, take the time to identify your terms. This includes using the proper term and often ensuring that your audience understands the terms you're using, such as clip vs magazine.

Most importantly, if you do not know what something means, ask! You probably do not need to be told that, because you have taken the time read this article and help your understanding of clip vs magazine.

Finally, be sure to ask questions as a listener. You can afford a speaker the utmost respect and still humbly seek clarification to be sure you are talking about the same thing. If you want to have a meaningful conversation on guns, it is the only place to start.