How Hot Does a Gun Barrel Get? How to Get It Cooler Faster? - Daily Shooting | Shooting Tips And Reviews
0 How Hot Does a Gun Barrel Get? How to Get It Cooler Faster?

As many rifle shooters know, rifle barrels can get extremely hot. While all barrels will heat up, it is most noticeable in rifles, since the metal of the barrel is exposed. However, how hot can they actually get? What damage could this cause? 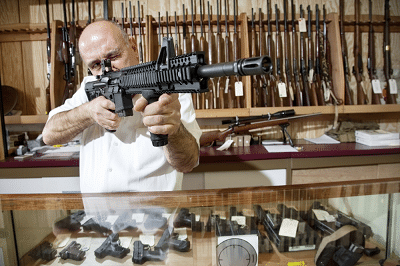 How Hot Does A Gun Barrel Get? How Get It Cooler Faster?

In this article, we will start with the basics, and eventually work into answering these questions.

The Basics – Why Does a Barrel Get Hot?

To understand this question, you have to understand how a bullet is fired. When you pull the trigger, it causes a firing pin within the weapon to strike a primer on the bullet. The primer ignites the gunpowder, which burns extremely fast. As it burns, it generates gas, which creates pressure and pushes the bullet out of the barrel at a high rate of speed.

The answer is right there. Gun powder burns and expands extremely rapidly, which is very hot. In fact, gunpowder burns near 5000 degrees Farenheit.

Repeating this process over and over again generates more and more heat. This heat transfers to the metal of the barrel, where it can’t dissipate as quickly, and the barrel will feel hot to the touch.

Okay, Cool. So What Does That Mean?

Alright, so now you understand WHY your barrel can get hot. What are the side effects?

First and foremost, a hot barrel can seriously affect your accuracy. While it depends on the exact rifle and barrel, some barrels can be extremely negatively affected by heat.

However, it could also be much worse than this. In serious situations, you could harm your barrel or your weapon. It would be very hard to do this, but it is absolutely possible to damage your weapon.

How Hot is Too Hot? 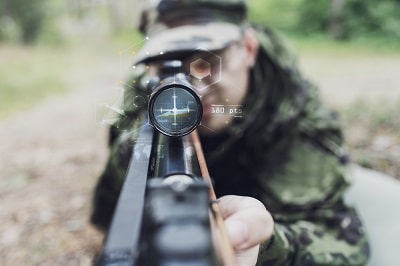 So, how can you tell when your barrel is too hot, and how hot can they get?

But, as far as how hot the barrel can get, it is absolutely possible to have the barrel be glowing red. For this to occur, it would have to be around 1500 degrees Farenheit. However, in a range setting, this would be nearly impossible.

I Want to Shoot More! How Can I Cool Off My Barrel?

There are a couple tricks to cool your weapon off faster.

First, try bringing more than one rifle to the range, and alternating between the two. This will give each rifle time to cool off.

When letting your rifle cool off, take it out of the sun. You should also leave the action open, and stand it straight up and down.

You could also put a cool, damp rag on the barrel, but make sure you get any surface rust off the barrel afterwards.

As you can see, barrels can get extremely hot, and shooting it while it’s too hot could be detrimental to you and the barrel.

Remember, if it’s too hot to touch for a second or two, don’t shoot it! Keeping this simple rule in mind will prevent you from shooting a barrel that is too hot.

If your barrel is too hot, try leaving it in the shade with the action open and standing it up on the butt. This will help it cool off faster.