A Fisherman's Dream: The 5 Best Bait For Catch Catfish
2

A Fisherman’s Dream: The 5 Best Bait for Catfish

There’s nothing like spending the day going on a fishing trip. The anticipation of throwing your reel in and waiting to see what you get and the excitement of pulling in a nice catch is priceless. 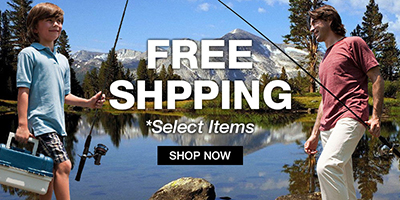 Hunting catfish is a long-time hobby of mine. My Dad started taking me to the coastal waters off the southern states of America when I was about ten years old. Back then, he only used one type of bait – shad.

Exploring The Best Bait For Catfish

Using live bait was always a bit gross to me as a kid but I got the hang of it, and over the years I began trying out other types of baits with lots of success. ​Do you want to know what catfish like to eat? If so, continue reading my post to discover the best bait for catfish!

Here is a list of the best catfish bait you need to know for a successful catch.

Another thing my dad taught me was to be very specific about the types of dips I put on the rod.

I have a hard time trusting most of the store-bought kinds, except for a few that I’ve seen in stores down in Georgia that I can’t seem to find anywhere else. 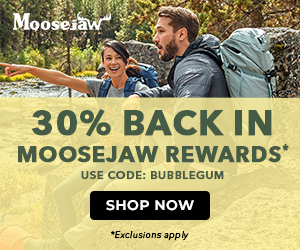 The best dips are homemade by expert fishermen and are some of the best catfish bait you can find anywhere. Usually, the person who blended the dip did so for their regional fishing spots.

The bait mix is effective in luring catfish into certain spots because it’s made from local ingredients that the fish are already accustomed to.

In order to find a good dip, I recommend doing one of three things:

The old stand-by is the nightcrawler. Worms are cheap, easy to transport, and easy to bait.

The biggest advantage of using worms is that they are relatively consistent across the board. They don’t have the highest conversion rate, but you can take them to different streams and bodies of water and pretty much expect the same result each time. You can stop by almost any outdoorsmen store and pick up some worms and they’re the best bait for catfish in rivers.

My favorite thing to do when baiting with nightcrawlers is to go into a little Podunk gas station or general store near the area where I’m fishing and buy some there. I’ve heard some of the greatest stories about fishing and gotten some incredible advice in places like that.  A few times I’ve gotten lucky and had a few beers thrown in with my order.

I know I mentioned shad previously, and I stand by it because it’s a reliable bait. Here are a few other fish-based baits that are worth a try:

I have used crawfish a few times and really liked the results. I also have a buddy who swears by crawfish.

Do you have rotten shrimp in your freezer? If not, you can stop by the grocery store and grab some on your way to the water. Rotten shrimp make great catfish bait because they can sense them from far away. The only problem is, so can you. It stinks, but I think it’s the best bait for catfish!

OK, so spam isn’t seafood, but it’s an animal product that works well on the hook. Plus, it’s super cheap and available at most grocery stores.

Here is video fishing with Shrimp

There are a number of random things that you probably have sitting around the house that will make perfect catfish bait. However, be careful about polluting the water.

I strongly advise against using WD-40, soap, or any other cleaning product because you’re basically just being an asshole and tarnishing the water.

It’s one of those situations where you might benefit in the short term, but you’re hurting everyone else —as well as Mother Nature— down the line. A huge part of responsible fishing is conservation.

That said, here are some safe household items to try:

Some other ideas can be found here.

I’m always surprised that more people haven’t tried marshmallows as one of the top catfish baits. They’re so sweet that nearly any living creature is attracted to them.

Plus, they’re really easy to get on the line and as long as you’re using the large kind, they should for a while before being swept off the line. Hopefully, long enough to land you a catfish!

​​The Best Spots To Catch Catfish

If you want to hook a nice batch of catfish, you have to go where they are. Unfortunately, channel catfish and flathead catfish aren’t swimming around in your local pond at the park. But no worries, I’ve got you covered. The list best below provides some of the best spots to find a good catch.

When hard bottoms interrupt the flow of a river, it changes direction and forms a hard-bottomed outside bend. This area of the river is an attractive spot for flathead catfish because they love dark hollows.

Wing dikes are narrow rock formations on navigable rivers that direct currents into the central area of the water. The catfish are usually close to the river’s bottom on the upstream sector of the dike. If you want a large catch, put your bait into the circular whirlpools near the end of the wing dike. That spot is the primary feeding site for big catfish.

It’s a bit challenging to target, but river-bottom holes are magnets for catfish. Try to find big-river holes directly under dams, next to outside bends and tributary mouths. River holes break the current of the water, which provides a resting and feeding point for channel catfish, flathead catfish, and also blue catfish.

If the mouth of the water is deep or the tributary mouth connects to the main creek on the bottom, it’s a hotspot for catfish throughout the year. Canvas every area of the water first to spot the most attractive location. Catfish hunt prey behind current breaks, humps, holes, and trees. Therefore, it’s best to cast your rig upstream so that it drifts past the pits.

Certain lakes and rivers have protruding bottom channels, while others have drops and ledges. All of those spots are magnets for channel catfish, flathead catfish, and more. They also gather at the outside turns of channel bends, channel junctions, and deep channel edges near dams.

Large rocks—also known as riprap— are placed along the shoreline by engineers to prevent erosion near dams, causeways, and bridges. Catfish are drawn to riprap because it attracts forage animals and provides shelter and shade, and big channel catfish really love this area.

Small lakes and ponds engulf when larger bodies of water fill up, and it becomes a top location for catfish of all species. These areas provide easy access to deep-water holding areas and hollow feeding spots.

Floating logs and debris form in the backwaters of broad rivers and reservoirs during high water. As the wave currents increase, the moving water clashes with still backwater creating a circular motion like a huge vortex. The rafts pull in baitfish and other forage, which inevitably attracts catfish.

Gusty winds create a commotion on fertile lakes. The wind blows microscopic plants and animals against the shore, and baitfish eat from it. Catfish, therefore, feed off of the fish that gather in that area, which is the perfect set up for snagging channel catfish, flathead catfish, and more.

Most of the year you’ll find channel catfish and bullhead catfish swimming in deep water near a levee or dam. Deep holes are best explored during daytime hours when catfish are looking for shade. You can typically get a good catch during spring, summer, or fall— however, winter is best. During the cold months, they gather together and a school of them could contain hundreds of fish.

Final Thoughts On The Best Bait For Catfish

Catfish are some of the most desired fish in the sea, and hopefully, this list of the best catfish baits will give you plenty of options to try to find what works for you.

Do you have any suggestions for good bait that has worked well for you? If so, please leave a comment and let us know so that we can try them as well.

If you enjoyed this article, share it on your social channels so that more people can try these tips out and we can increase enjoyment in the great sport of fishing. And if you are looking for a safe for your gun, check my recent post out!!!