How Long Will Ammo Last For? - Daily Shooting | Shooting Tips And Reviews
0 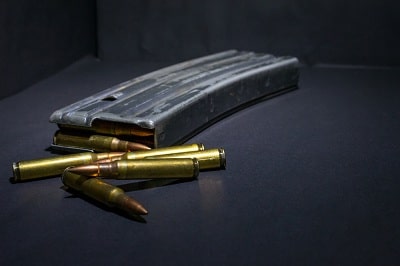 How Long Will Ammo Last For?

Wondering about the shelf life of ammunition is an extremely common question that most people have.

Whether you are hoping to stockpile ammunition for any number of purposes or have found some older ammunition, it is extremely common to wonder how long it will last for.

While there is no one single answer, as not all ammo is the exact same, there are a few rules of thumb to follow.

Most ammunition is good for at least 10 years, but a few factors can affect this. The primary factors that will shorten this shelf life are being exposed to high heat or moisture.

At high temperatures, the chemical composition of the gunpowder can start being affected. While it may not be instantaneous, sustained exposure to extremely high heats can negatively impact the ammunition. Over time, it may cause the round to be less effective, and eventually could lead to the ammunition not working.

When ammunition is exposed to moisture, whether it is submerged in water or experiences high humidity, the powder could potentially become ineffective.

Once the propellant gets wet, it may not burn, so the ammunition may not function.

Generally speaking, manufacturers say that their ammunition is supposed to last for 10 years. However, this is just a general number that they give.

There is absolutely no reason that the ammo can’t be used after 10 years, if it is stored properly. Ammunition that is stored in a generally cool and dry place will last for well past 10 years. While it may not be the best idea to keep ammunition for this long, there’s no reason that it wouldn’t still function.

3 Tips For Storing Your Ammunition

One thing to keep in mind is that once your ammunition has been taken out of this cool and dry environment, it should be used at your soonest convenience.

If you take your ammo out to the range on a hot or rainy day, or take it out hunting in the swamp, your best bet is to expend that ammo sooner rather than later.

In conclusion, ammo will last as long as you treat it right. As long as it’s stored in a cool and dry environment, there is no reason that the ammo can’t last for decades.

However, once it has been exposed to high heat or moisture, you run the risk of it being no good.