Ruger SP101 vs GP100: Which is Better for Personal Protection? - Daily Shooting | Shooting Tips And Reviews
9

Ruger SP101 vs GP100: Which is Better for Personal Protection?

Which pistol to carry for defense purposes is an important question. Over the years, I’ve switched between a number of different guns for carry purposes and to use at the range.

Two of them have stood out above the others as the most appropriate for general carry – the Ruger sp101 vs gp100. 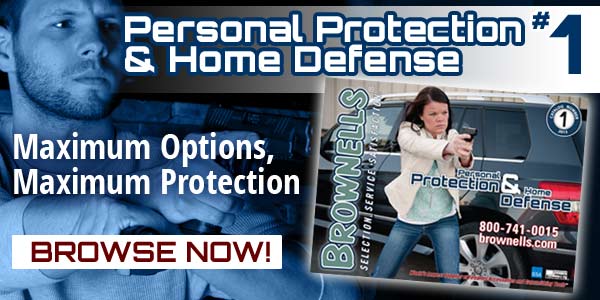 I spent about ten years with an SP101 type model after it came to market in 1989 before recently switching to the GP100.

Today, I’ll tell you what I liked and didn’t like about both and we’ll compare the SP101 vs gp100 Ruger. Let’s get started.

The SP101 maintains the feel and functionality of classic concealed carry guns. It’s small, in the featherweight class, and easy to draw. Do you want check price? Check it here:

The GP100 is actually a modernized version of what was known as the Security Six. Physically, the newer model is much cleaner and fires better. It is highly preferable to me in day-to-day situations. I keep urging my wife to get one too, because she is now jealous of mine.

Which is better for personal protection GP101 or SP101?

In short, the GP100 is a better gun for concealed carry and personal protection. The gun itself is an evolution of previous hand-held revolvers, marking an improvement upon them, and it has been modified even since as it fits different caliber and barrel lengths. The gun is more versatile and can be better fitted to your personal preferences.

I find it more comfortable in concealed mode, in fact I hardly even notice that it is there. I love .357 Magnums, and the flow of this gun throughout the loading and shooting process is very smooth.

The SP101 is more of a heavy-duty type small revolver. Over the years, it’s been used by police departments as a quick-grab backup weapon, and is designed for situations where it will be used by a highly trained professional.

I used it quite a bit at the range to get a good feel, and I’ve got to say that I was able to feel comfortable with the GP100 much faster than the SP101.

They are both great guns. But let’s say that you are carrying a gun for the instance when a bad guy pops out of nowhere and you (as a common citizen, not a police officer) have to react quickly and depend on your gun to perform every time. The GP100 is easier to handle and easier to shoot.

Amenities, action, and sights: Oh my!

Both of these handguns come in multiple versions, barrel lengths, and caliber, fit to taste.

What I really like about the GP100 is the shot capacity and variety of calibers. Almost all, with the exception of the GPF-840 and the 1757, are full shroud, which is a huge plus for me. I prefer one of the variations with adjustable sights, because I’m old school and like to try out many different options before settling on my emergency go-to. The SP101 is a bit heavier than many other revolvers (not enough to cause a major disturbance, but if weight is your biggest factor, this is another reason to go with the GP 100). This gun does have a smooth double action, along with a bobbed hammer, two things I really like and that kept it at my waist for nearly ten years. It offers large, high-visibility sights, which I also loved. However, during rapid fire, I found I had a harder time tracking the sights than I have with the GP100.

As a review, let’s take a look at the points each gun has in its category here at the end of the comparison:

Both the GP100 and the SP101 are fine small size revolvers to keep by your side in concealed carry mode.

Both can get the job the done.

But what has really drawn me to switch from the SP101 to the GP100 is the ease of comfortability I felt when learning the gun that was new to me. It takes a lot to get an old timer like me to change his ways, but the GP100 is the best revolver I have ever shot. I’ll keep it by my side until I die.

If you have enjoyed this article, please share on social media. I’d love to see how far we can push the word of the GP100. Feel free to leave comments below, let’s get a discussion going!. Oh one thing, if you need the gun safe for this ruger gun, you can take a look my post about best handgun safe for the money.