What Calibers Can You Build an AR-15? - Daily Shooting | Shooting Tips And Reviews
7 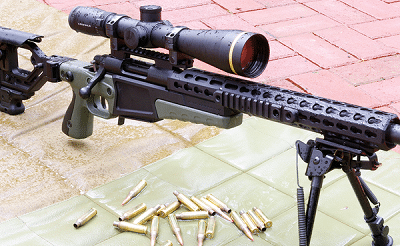 What Calibers Can You Build an AR-15?

The AR-15 is an extremely popular weapon, for a variety of reasons. Due to the number of internal parts and external accessories available, it is a very common weapon for people to build.

Many people like to build their own AR-15s because it allows them to fine-tune exactly what the weapon can do for them. It also gives you a better appreciate for the weapon as a whole, while allowing you to customize nearly every aspect of it.

Related Read: What is the Legal Barrel Length for an AR-15

No matter what the part is, there’s bound to be hundreds of different manufacturers making one. With this wide assortment for each individual part, it’s easy to see how customizable the AR-15 platform can be.

But, before looking into building your own AR-15, one very important decision must be made. What caliber do you want the weapon to shoot?

Now, this is a simple question with a plethora of answers. For brevity’s sake, I will keep this list to some of the most common builds. I will also focus on calibers that can be built on the traditional AR-15 lower.

What Calibers Can You Build an AR-15 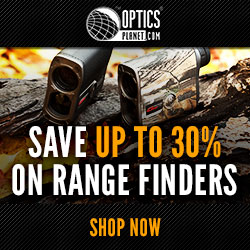 The biggest limiting factor in the caliber is the size of the magazines and magazine well. As you will see, there are some extremely large caliber bullets that have been fit into short casings. These rounds were designed specifically for AR-15s.

However, some of the classic larger caliber cartridges, such as .308 Winchester and .338 Lapua, are longer cartridges that won’t fit into the magazine well of a standard AR-15 lower.

Related Read: What is the Best AR-15 Flashlight on the Market This is the classic. A “normal” AR-15 fires .223. It is a fun to shoot round that is easy to find. There are many different ammunition options available to you.

We recommend this caliber for general shooting, varmint hunting, and potentially competitive shooting. With the proper gun, this could be decent at longer ranges.

Due to the cheap prices available, it is also a good round for plinking.

This is one of the most popular options out there. It is a .308 bullet in a necked down case. As you can imagine, this provides excellent terminal performance, but will die off at distances greater than 300 yards.

We recommend this one for home defense and medium game hunting. This would definitely be suitable for deer hunting.

6.5 Grendel is somewhat of a jack of all trades. It was designed to be an improvement over the traditional 5.56x45mm cartridge, in terms of ballistics and effective range.

The bullets are larger and heavier than 5.56x45mm NATO, but they are fired slightly slower. Due to the added size and weight, these rounds will perform better in a target. 6.5 Grendel also offers a greater effective range than 5.56x45mm NATO, and can be shot out to around 1000 yards.

We recommend this caliber for long range shooting, competition shooting, and potentially some hunting. While there are better options for deer hunting, this caliber would be acceptable in the eyes of most.

These two calibers are lumped together because they are so similar. They are both extremely large bullets that are in a specialized cartridge that will fit a standard AR-15 lower.

The .458 SOCOM came first, after demands from the special ops community for a round that had more stopping power than the traditional 5.56x45mm. The projectiles of both of these cartridges are absolutely massive.

For home defense, these rounds can’t be beat. However, keep in mind that the range of these calibers is severely limited due to the weight of the bullets. Similarly, they are popular rounds for big game hunting at close range. Simply put, whatever you hit with one of these rounds will go down.

6.8 Remington is similar to 6.5 Grendel in that it was designed to be an improvement over 5.56x45mm NATO. The projectiles are larger, but are fired slightly slower than the 6.5 Grendel projectiles.

As backwards as it seems, you can build an AR-15 in an AK-47 caliber. However, there are a few reasons that we recommend not doing this.

First, 7.62x39mm is generally considered inaccurate. Part of this comes with being shot from an AK-47, but it also comes from the round being less accurate than some of its competition.

Second, due to low gas pressure, a traditional AR-15 may have trouble chambering a 7.62x39mm round repeatedly. We would avoid that.

The size of the bullet is great for terminal performance, but it is also very similar to .300 Blackout. While 7.62x39mm is a viable option, .300 Blackout can outperform it in almost every aspect.

The one plus side that 7.62x39mm does have is that the ammunition is cheap.

Many people know that .223, or the classic AR-15, is actually very similar in size to a .22LR projectile. There are plenty of conversion kits out there that will allow you to shoot .22LR from an otherwise stock AR-15.

Due to how cheap this rimfire ammunition is, this is a great round for plinking and for teaching firearms safety. best ar 15 scope for .22lr is good option for ar15 owner.

Similarly, there are conversion kits out there to allow your AR-15 to shoot pistol cartridges. These are nifty, but in our opinion, they lack much of a purpose. For general rifle shooting, there are far better options out there.

As you can see, there are quite a few options out there. Keep in mind that this is just the beginning, and there are even more calibers available to you!

While it can seem like a difficult decision to make, keeping in mind what the weapon is for will help to make the decision.